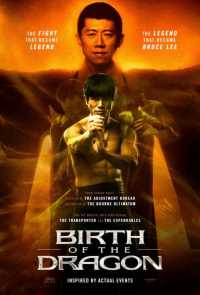 Birth of the Dragon is a 2016 American martial arts action film directed by George Nolfi and written by Christopher Wilkinson and Stephen J. Rivele. The film stars Philip Ng, Xia Yu, and Billy Magnussen. The film is a fictional account on the supposedly true story revolving around the young martial artist Bruce Lee, who challenged kung fu master Wong Jack Man in 1965 in San Francisco. Principal photography began in Vancouver, Canada on November 17, 2015. It was selected to be screened in the Special Presentations section at the 2016 Toronto International Film Festival, and was released on August 25, 2017, by Blumhouse Tilt and WWE Studios.