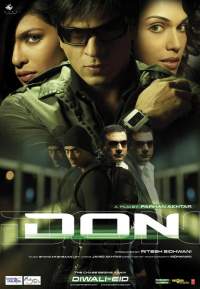 The illegal drug trade based in Kuala Lumpur, Malaysia is booming. A team headed by Deputy Commissioner of Police De Silva targets the operations of Singhania to capture his manager, Don. Singhania is one of the two lieutenants of a deceased kingpin, known as Boris; the other is Vardhaan.

Don kills Ramesh, one of his close associates, after he tries to leave the gang. Ramesh’s fiancée Kamini decides to help the police. She uses herself as bait in an attempt to trap him but Don, knowing of her plan, kills her.

Roma, Ramesh’s sister, plans to avenge her brother and sister-in-law’s deaths, and infiltrates Don’s gang. Don is injured and falls into a coma while trying to flee from the police. De Silva finds a look-alike named Vijay and asks him to join his mission. Vijay agrees when De Silva promises to admit Deepu, a boy Vijay takes care of, to school. Meanwhile, Jasjit, an information technologist and Deepu’s father, is released from prison. He plans to kill De Silva to avenge his own wife’s death. Several years ago, Jasjit was captured by an unknown assailant who made a deal with him in order to save his kidnapped wife. However, De Silva caught him and refused to believe Jasjit, shooting him in the leg and giving him a permanent limp. Jasjit’s wife died after his arrest.