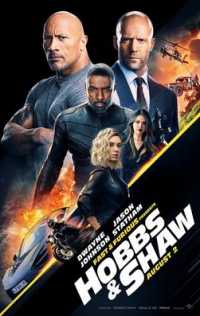 The Fast and the Furious franchise, which has earned over $5 billion in revenue for its makers, is back for yet another iteration. Hobbs & Shaw is the ninth in the series, and director David Leitch is the fifth director to helm the action adventure drama. Fan favourites Dwayne Johnson and Jason Statham return for their fourth film together. And the chemistry between the two antagonists forced to work together is enough to deliver us a winner. But there is much more here to look forward to.

Firstly, Hobbs and Shaw — Johnson and Statham — have a truly formidable foe in the form of Brixton (Idris Elba), a rogue MI6 agent who has become the self-styled ‘Black Superman’. Hobbs and Shaw team up with the latter’s sister Hattie (Kirby) to take down Brixton.

Leitch has attempted to go against the typical Fast and the Furious grain, by making a spy thriller here. While the action sequences are as breath-taking as they have always been, there is enough witty banter between our eponymous heroes to keep us entertained even otherwise. But make no mistake: This is an action film of the highest order, especially towards the end when you will find yourself clutching on to the edge of your seat.