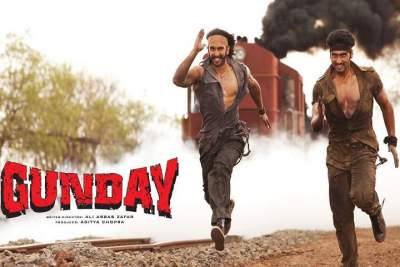 The tale starts with a narration of the independence of Bangladesh after the 1971 struggle. Amongst the ones affected by the partition are two orphans: Bikram Bose (Ranveer Singh) and Bala Bhattacharya (Arjun Kapoor). They meet Lateef (Pankaj Tripathi), who offers them meals in change for smuggling guns. One of Lateef’s customers, an army officer, wants one of the boys as his sex slave; if Lateef refuses, his daughter may be taken. Lateef chooses Bala at the beginning, however Bikram insists that he’ll cross as an alternative. Bala refuses to go away his fine pal and returns to shop Bikram from the officer, whom they kill. This makes them companions in crime; while the army chases them, Lateef is killed even as looking to guard the duo. Bikram and Bala flee to Calcutta and paintings at a restaurant. After being mistreated and insulted, they examine that pilfering coal is a way to make easy money.

As adults, Bikram and Bala loot coal trains and promote the pilfered coal. Their chief competitor is Dibakar (Deepraj Rana). When Bikram and Bala loot considered one of Dibakar’s trains, his guys threaten them. Undeterred, they promise to loot his next educate as properly. When they come to loot Dibakar’s train, he calls them “refugees,” and a combat ensues. Before they kill Dibakar, Bikram and Bala inform him that they may be Indians, not refugees. Now having control of the coal business, they enlarge into different companies by way of laundering money with Kaali Kaka’s (Saurabh Shukla) help. They emerge as nearby heroes by constructing hospitals, donating to charities, and building schools. Although they provide jobs for the terrible, their enterprise dealings make them a goal of the law. Assistant Commissioner of Police Satyajeet Sarkar (Irrfan Khan) is summoned to arrest Bikram and Bala. Sarkar, knowing that they are able to cover their tracks with Kaali Kaka, warns them that he will arrest them when he finds proof towards them.