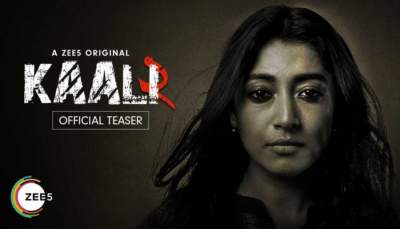 Story: Paoli Dam as Kaali, in season 2 of the ZEE5 original show, is seen struggling to fight for her son once again. While she was seen dealing with the evils of drug trafficking in season 1, Kaali now finds herself caught in the midst of human trafficking industry. After fighting to save her child’s life, she gets captured and fights her way through warring gangs.

Disclaimer: This review of ZEE5 original Kaali is based on the first three episodes of season two, starring Paoli Dam, Rahul Banerjee and Abhishek Banerjee.

Review: Kaali 2, starring Paoli Dam, continues on the journey of the mother, who would go to immense lengths to ensure the safety of her child. After garnering a lot of love for season one, season two, from the get-go, dives into action giving viewers exactly what they are expecting. Six months after the events of season one, Kaali has started a new as a Salon owner named Aparna Sen, but the dark shadow of her past life still follows her. Sunny too is trying to heal and live, but is having a hard time grasping the after-effects of his accident.

While in season one viewers saw the story through Kaali’s eyes, in season two, we see Kaali through the antagonist’s viewpoint. The first episode introduces us to the real bad guy in the ZEE5 original, played by Abhishek Banerjee aka Sonu. The show also promises us that this time around Kaali will not be able to fend off this villain so easily. The Shanghai drug lord has his mind set on Kaali and she will have to deal with a lot more than the Kolkata police force and a few gang members.

Directed by Aritra Sen, the story takes several detours as it travels between season one and two. While it might throw you off a bit at first, the story quickly adjusts to the new pace giving us more insight into what actually happened when Kaali managed to save Sunny’s life and how Sonu, Shanghai’s drug lord is now on her tail.