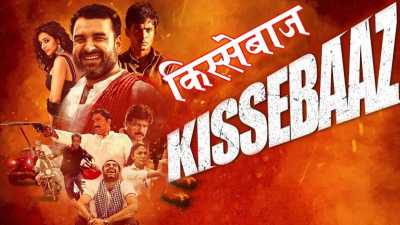 Truth has two sides to it: the one that the world knows, and the other, what the world perceives it as. Whosoever believes in “his” or “her” truth relies heavily on his or her instincts. Truth, then, is most often meant to be something in accord with fact or reality, or fidelity to an original or standard, and is the opposite of falsehood. But what essentially is the factual reality? That unfortunately varies from person to person, and even from situation to situation.

This week’s underrated release, Kissebaaz, directed by Annant Jaaitpaal, and starring the ever-dependable Pankaj Tripathi has an interesting source material from where stems out a revenge drama about a man who is caught in a messed up situation, but keeps his audience guessing about his own involvement or disentanglement with the disaster that follows. The best part of the film is its writing that — at least for a major part of the 123-minute film — can’t let its audience decide if the one who’s pretending to help him is truly a good samaritan or someone who cannot be trusted.

Set in Uttar Pradesh, the film is rooted in the narrow confines of the city of Benaras where criminals and politicians thrive, and their nexus is allowed to fix up several people. Obviously, the law enforcers are either hand-in-glove with them or pretend to look the other way when the powers that be have their way.