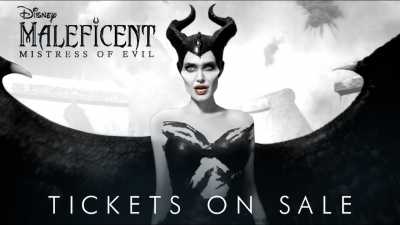 2ND FRIDAY UPDATE, MIDDAY: Disney’s Maleficent: Mistress of Evil is leading the weekend with a less-than-expected result of $35.5M after a $11.75M Friday. The expectation here is that overseas will recoup any domestic shortfall for this $185M production, with global projections now between $135M-$140M.

As typical for a Disney family pic, it boils down to Saturday’s business whether this Angelina Jolie sequel spikes back up into its $40M+ projected range.

including last night’s $2.85M previews. Joker‘s running total by Sunday looks to stand at $248.1M. Wouldn’t that be interesting if it beats Maleficent 2 all together? 54% definite recommend for Zombieland 2. Many expect business to be frontloaded this weekend, with fans turning out yesterday and today