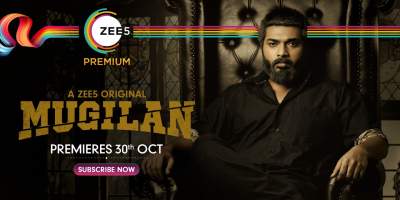 I admit that Mugilan’s trailer gave me Pudhupettai vibes. While the name of the protagonist in the Selvaraghavan film had the prefix, ‘Kokki’, the word applicable to the one here would be ‘unlucky’. It’s a series of unfortunate events in Mugilan’s (Karthik Raj) life, which begins with him committing a rather stupid murder, which puts him and his family in soup. If we thought a tale of redemption would follow, what happens here is a further loss of respect, money, and relationships. The pathos—unconvincing as it is—in Mugilan’s life makes Onbadhu Roobai Nottu feel like a Disney film.