Ponniyin Selvan: I (transl. The Son of Ponni) is a 2022 Indian Tamil-language epic historical motion drama movie directed through Mani Ratnam, who co-wrote it with Elango Kumaravel and B. Jeyamohan. Produced by Ratnam and Subaskaran Allirajah below Madras Talkies and Lyca Productions, it is the first of cinematic parts based on Kalki Krishnamurthy’s 1955 novel, Ponniyin Selvan. 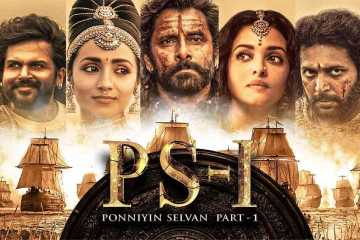 The track become composed via A. R. Rahman, with cinematography with the aid of Ravi Varman, enhancing via A. Sreekar Prasad, and production design by means of Thota Tharani. Ponniyin Selvan: I dramatizes the youth of Chola prince Arulmozhi Varman, who might emerge as the renowned emperor Rajaraja I (947–1014).