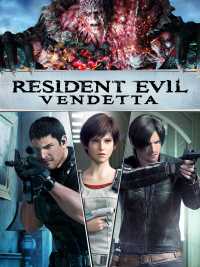 The Resident Evil live-action franchise may have been the bigger hit, but the CG-animated Resident Evil movies out of Japan are actually closer in spirit to the games than the films are. That doesn’t necessarily mean that they’re better. Sometimes, they’re like watching a Resident Evil game that you can’t play.

Resident Evil: Vendetta definitely falls into that category, and it’s got a lot of problems. The animation itself isn’t too big of an issue. It’s not up to industry standards, but it’s barely noticeable in the first few minutes when a special unit led by Chris Redfield suddenly finds itself under attack by a new breed of vicious zombies. It’s when the film calls upon the characters to emote and demonstrate their feelings that the animation falters. The lifeless performance of the CGI just can’t handle those human touches. And frankly, some of the games have had better animation.