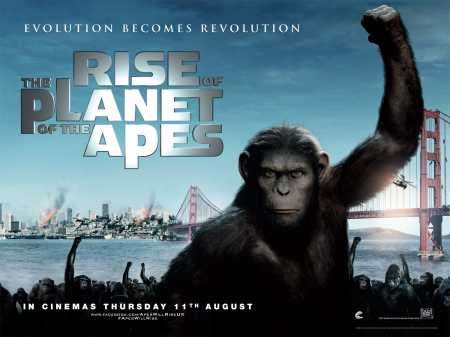 Rise of the Planet of the Apes is a 2011 American science fiction action film directed by Rupert Wyatt and written by Rick Jaffa and Amanda Silver. The film is a reboot of the Planet of the Apes film series and its seventh installment overall. It stars Andy Serkis as Caesar, alongside James Franco, Freida Pinto, John Lithgow, Brian Cox, Tom Felton, and David Oyelowo. In the film, Caesar, a chimpanzee genetically enhanced and raised by William Rodman (Franco), goes from son to sheltered, and eventually leads an ape uprising against members of humanity.