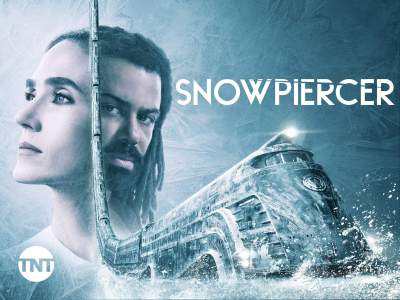 Before Bong Joon-ho’s Oscar triumph with Parasite, his best-known film in Britain and the US was probably the sci-fi action thriller Snowpiercer, an adaptation of a French graphic novel. Like Parasite, Snowpiercer is a fable about class and capitalism, but rather than the walled mansions and sub-basement flats of Seoul, it takes as its setting an alternate-reality Earth where scientists went too far in their efforts to prevent global warming and inadvertently caused an ice age. With temperatures outside hundreds of degrees below celsius, the few thousand survivors live on an enormous train endlessly circumnavigating the globe, run by a reclusive tycoon called Mr Wilford.

Many years into their trip, the passengers are stratified into classes so strict that they are practically castes. At the front of the train, first class enjoys sushi and spa treatments, while those at the back are fed on mysterious lumps of black jelly and have their arms frozen off if they step out of line. (The depiction of a cramped endless journey through a post-apocalyptic wasteland may be triggering to Southern Rail customers.) Fed up with their treatment, the people at the back mutiny, led by Chris Evans. It’s a dark, funny, violent, furious film, blessed by the clarity of its geography. The good guys are at the back, the villains are at the front and nobody can go outside.