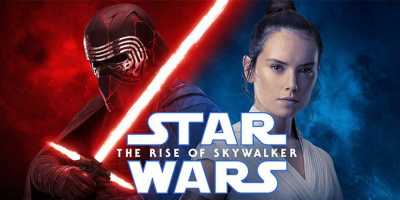 Has there ever been a movie with as much weight on its cinematic shoulders as Star Wars: The Rise of Skywalker? The film, directed by J.J. Abrams, has to wrap up a nine-movie saga four decades in the making, reward scores of beloved characters with a satisfying ending

and bring closure to billions of fans whose identities are inextricably tied to the world’s most enduring modern myth.

And you know what? It succeeds. If you made a list of the stuff you want to see in the final Star Wars movie, it’s all there. Space battles. Raging lightsaber duels. A galaxy-threatening climax. Jokes. And plenty of seriously cute aliens.

The problem is everyone has the same list. Which means the one thing The Rise of Skywalker doesn’t have is the power to surprise. I’ll lay off the spoilers, but in your heart of hearts you probably know everything that’s coming.

A long time ago in a galaxy far far away, a new evil threatens — or rather, an old evil returns from beyond the grave. You’ll know what that evil is if you’ve seen the trailers, obviously.