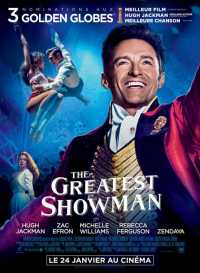 The Greatest Showman is a 2017 American musical film directed by Michael Gracey in his directorial debut, written by Jenny Bicks and Bill Condon and starring Hugh Jackman, Zac Efron, Michelle Williams, Rebecca Ferguson, and Zendaya. The film is inspired by the story of P. T. Barnum’s creation of the Barnum & Bailey Circus and the lives of its star attractions. Principal photography began in New York City in November 2016. The film premiered on December 8, 2017, aboard the RMS Queen Mary 2. It was released in the United States on December 20, 2017, by 20th Century Fox and has grossed $427 million worldwide, making it the fifth-highest grossing live-action musical of all time.