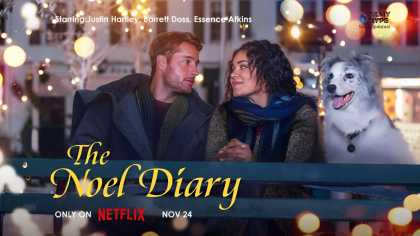 When famous creator Jake Turner (Justin Hartley) comes again domestic at Christmas to settle his estranged mother’s estate, he discovers a diary which could preserve records associated with his past and that of Rachel (Barrett Doss) – an exciting younger female on a journey of her own. Together, they embark on a journey to challenge their pasts and find out a destiny that’s definitely unforeseen.