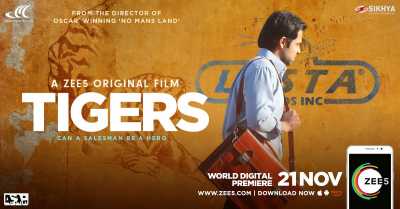 Tigers (initially titled White Lies) is a 2014 Indian film directed by Danis Tanovic, and produced as a joint production between Cinemorphic, French production company ASAP Films and Sikhya Entertainment. Inspired by a true story, the film features Emraan Hashmi in the leading role as a pharmaceutical salesman in Pakistan who discovers his new company’s baby formula has killed hundreds of children, after which he begins a lone and dangerous battle against the company. The film began filming in 2014, and had its premiere in September 2014 at the 2014 Toronto International Film Festival.