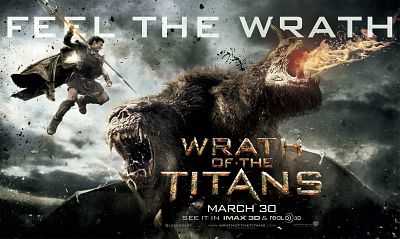 Perseus sets out to rescue his father, who is deceived into captivity by his brother, Ares and uncle, Hades. To do so, he must defeat Ares and Hades who have joined forces with the mighty Titans. A decade after he defeated The Kraken, Perseus (Sam Worthington), the demigod son of Zeus (Liam Neeson), now lives as a fisherman with his 10-year-old son, Helius (John Bell). One night, Perseus is visited by Zeus, who tells him that the powers of the gods are fading and the walls of the Underworld prison of Tartarus are breaking due to the lack of prayer from humans and states. The they will need the world’s armies to combat the potential threat, but Perseus shows little interest and refuses to get involved. A decade after his heroic defeat of the monstrous Kraken, Perseus-the demigod son of Zeus-is attempting to live a quieter life as a village fisherman and the sole parent to his 10-year old son, Helius. Meanwhile, a struggle for supremacy rages between the gods and the Titans. Dangerously weakened by humanity’s lack of devotion, the gods are losing control of the imprisoned Titans and their ferocious leader, Kronos, father of the long-ruling brothers Zeus, Hades and Poseidon. Perseus cannot ignore his true calling when Hades, along with Zeus’ godly son, Ares (Edgar Ramírez), switch loyalty and make a deal with Kronos to capture Zeus. The Titans’ strength grows stronger as Zeus’ remaining godly powers are siphoned… — (C) Warner Bros.